The Washington Football announced that they’ve signed eight players to futures contracts for the 2022 season on Monday. 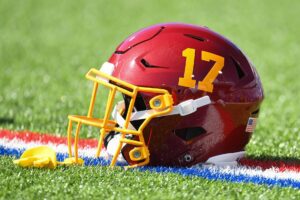 Gandy-Golden, 23, was drafted by Washington in the fourth round of the 2020 draft. He signed a four-year, $3.8 million contract with Washington.

However, Washington released Gandy-Golden coming out of the preseason last year and later re-signed him to their practice squad.

In 2021, Gandy-Golden has appeared in four games for Washington and did not record any statistics.