The San Francisco 49ers are signing WR Deebo Samuel to a three-year, $71.5 extension with $58.1 million guaranteed, according to Ian Rapoport. 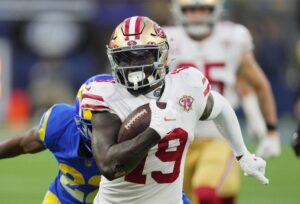 Samuel’s new deal has a maximum value of $73.5 million and ties him under contract through 2025. He’ll be able to potentially sign another multi-year contract before he turns 30.