According to Aaron Wilson, the 49ers are signing veteran WR Willie Snead to a contract on Friday. 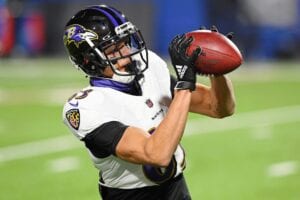 San Francisco brought Snead in for a workout earlier today and was clearly impressed enough to quickly get a deal done. He also worked out for a few teams recently including the Texans and Cardinals.

Snead finished a one-year, $6 million extension for the 2020 season and was testing the market as an unrestricted free agent when he agreed to a one-year contract with the Raiders. However, Las Vegas released him during the season and he caught on with the Panthers’ practice squad, seeing action in a couple of games .

In 2021, Snead appeared in seven games for the Raiders and two for the Panthers. He caught four passes for 38 yards receiving and no touchdowns on eight targets.