The Raiders started last season 6-4 before a four-game losing streak proved them to be pretend contenders. This year, Las Vegas was again 6-4 looking to prove things were different before an embarrassing blowout loss at the hands of the 3-7 Falcons. Raiders FB Alec Ingold called the moment “a gut check” for the team to prove itself one way or the other again.

“It’s a good opportunity to show how much better we are this year compared to last year,” Ingold said via Vincent Bonsignore of the Las Vegas Review-Journal. “To play a game in about the same scenario. How do we prepare? How do we show up for the game? How do we find a way to win? I think this next week is really going to show character and poise and team commitment levels.” 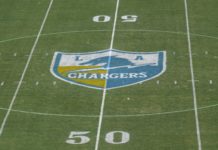