Chris Lowe of ESPN reports that Alabama is finalizing a deal with former Houston Texans coach Bill O’Brien to be their next offensive coordinator. 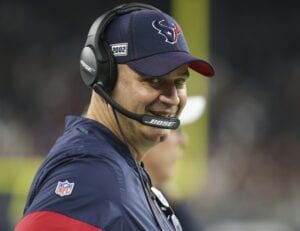 O’Brien returned to Tuscaloosa on Wednesday and it appears as though the two parties were able to come to an agreement.

On Wednesday, Alabama HC Nick Sadan didn’t officially announce the move, but said O’Brien would “do a great job with our players here.”

“I’ve always tried to have the best knowledge and experience I can for our players and their development, and I certainly think (O’Brien) can contribute to that in a very positive way,” Saban said.

Bruce Feldman of The Athletic reported earlier in the week that Alabama was expected to hire O’Brien as their offensive coordinator at some point in the near future.

O’Brien and former Jets HC Adam Gase were both being considered for the Alabama job to replace Steve Sarkisian, who departed for the head coach job at Texas.

This job has been a stepping stone for candidates such as Sarkisian, Lane Kiffen and Brian Daboll over the years, so it won’t be surprising to see O’Brien’s name connected to head-coaching jobs in the coming years if he’s able to do well for them. 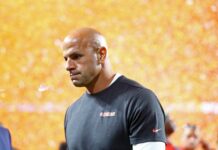