According to Aaron Wilson, the Bears brought in four players for workouts on Friday including RB Bo Scarbrough. 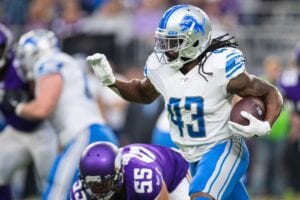 Scarbrough was cut loose from Dallas’ taxi squad after a month and joined the Jaguars’ practice squad soon after. The Seahawks claimed him from Jacksonville only to cut him loose at the end of the preseason.

From there, the Lions signed Scarbrough to their practice squad and eventually promoted him to their active roster. He caught on with the Raiders back in August but was cut loose after a couple of weeks.