According to Tom Pelissero, the Bengals are bringing in free-agent C Austin Reiter for a visit on Monday. 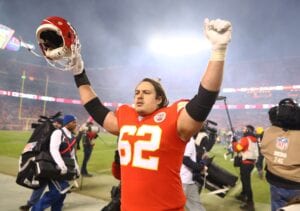 Back in March, the Chiefs reportedly made an offer to re-sign Reiter but a deal was never finalized. (NFLTR)