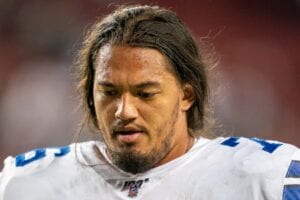 The Bengals also claimed K Austin Seibert off waivers from the Browns and promoted DE Amani Bledsoe to their active roster.

Unfortunately, Su’a-Filo wound up being among the Titans’ roster cuts coming out of the preseason. The Cowboys later signed him to a contract last year.

Cincinnati signed Su’a-Filo this offseason with the expectation of having him compete to start at guard.

In 2019, Su’a-Filo appeared in 11 games for the Cowboys, making four starts for them.