Field Yates of ESPN reports that the Bills restructured the contract of CB Tre’Davious White in recent days. 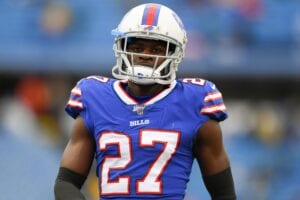 Yates mentions that the Bills specifically converted White’s $9.46 million salary and into a signing bonus that will be prorated over the length of their deals.

From there, the Bill signed White to a four-year, $70 million extension including $55 million guaranteed last year.

In 2020, White appeared in 14 games for the Bills and recorded 57 tackles, 1.5 sacks, three interceptions, a forced fumble, two recoveries, and 11 passes defended.