According to Brandon Krisztal, the Broncos are signing WR Darrius Shepherd to the roster. 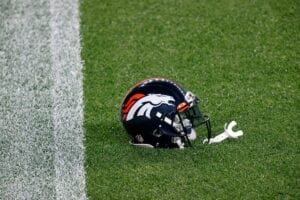 He’ll provide some additional depth as Denver has been hit hard by injuries at receiver so far in camp.

Shepherd, 26 wound up going undrafted out of North Dakota State in 2019. He later agreed to a three-year, $1.71 million contract with the Packers and managed to make the 53-man roster coming out of the preseason.

The Packers later waived Shepherd and he bounced on and off the practice squad and active roster for a while. Green Bay waived him late in the 2020 season.

Shepherd had stints with the Chiefs, Cardinals, Vikings and Steelers in 2021, primarily on the practice squad.