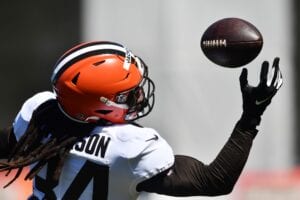 In 2020, Jackson has appeared in 10 games for the Browns and recorded six tackles, no interceptions and a pass defense.

During his college career at UNLV, Jackson recorded 54 tackles, a half sack, no interceptions and nine pass defenses over the course of 16 games.