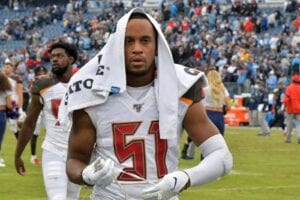 The Jets signed Minter to a contract in 2018 only to release him as they trimmed their roster down to the 53-man limit. The Buccaneers later added him to their roster before re-signing him to a one-year deal this offseason.

In 2021, Minter has appeared in two games for the Buccaneers and recorded one tackle.