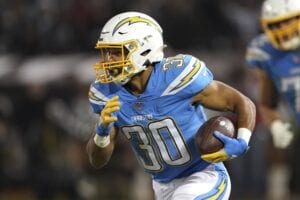 Ekeler, 26, wound up going undrafted out of Western State back in 2017. He played out the final year of his three-year contract and was in line to be a restricted free agent this offseason when he agreed to a four-year, $24.5 million deal that includes $15 million guaranteed.