The Indianapolis Colts have designated WR Ashton Dulin to return from injured reserve on Tuesday. 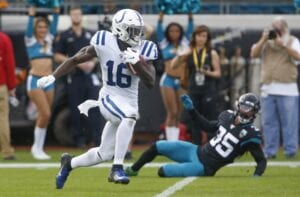 Davis, 23, wound up going undrafted out of Malone University back in 2019. He signed a three-year, $1.755 million contract with the Colts, but was waived coming out of the preseason and later re-signed to their practice squad.

The Colts placed him on injured reserve with a knee issue a few weeks ago.

In 2020, Davis has appeared in seven games for the Colts and caught three passes for 53 yards receiving and three yards rushing on one attempt.