According to Dan Graziano, Rams DC Raheem Morris is among the list of candidates the Colts have requested for second interviews. 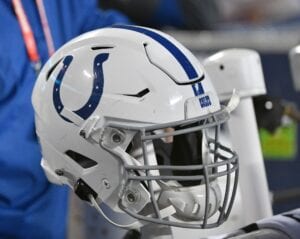 Morris reportedly impressed the team during his interview and this confirms he’s a strong candidate for their head coaching job.

Here’s where the Colts’ search stands so far:

Morris, 46, began coaching at Hofstra as a graduate assistant back in 1998. He later took his first NFL coaching job with the Buccaneers as their defensive quality control coach and managed to work his way up to head coach in 2009.

The Buccaneers fired Morris after three seasons. He spent a few years with Washington before the Falcons hired him as their assistant head coach/DBs coach in 2015. After being let go with the rest of the coaching staff in 2020, he was hired by the Rams as their defensive coordinator.

As the Buccaneers head coach, Morris led the team to a record of 17-31 (35.4 percent) over the course of three seasons. In 2020, Morris led the Falcons to a 4-7 record after taking over for Dan Quinn midseason.