Ian Rapoport of NFL Media reports that free agent WR Antonio Callaway will be among those trying out for the Colts during their minicamp. 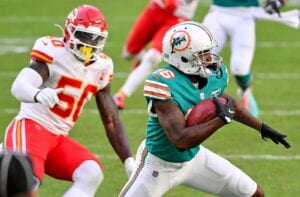 Miami waived Callaway and he later signed a futures contract with the Chiefs last year.