Per Aaron Wilson, the Indianapolis Colts worked out seven players on Saturday. 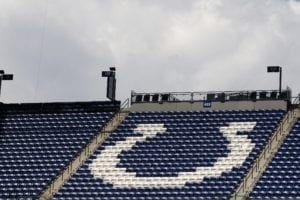 Cole, 26, signed on with the Texans as an undrafted free agent out of Missouri State back in 2017. He played out the final year of a three-year, $1.66 million contract and before re-signing on a one-year tender.

He then decided to test the free-agent market during the offseason, with his most recent workout coming with the Giants back in March.

In 2020, Cole appeared in six games and recorded five tackles and no sacks.

Harvey-Clemons, 27, was drafted by Washington in the seventh round out of Louisville in 2017. He finished out his four-year, $2.5 million rookie deal and was set to make a base salary of $735,000 in 2020 when he decided to opt out due to the COVID-19 pandemic.

In 2019, Harvey-Clemons appeared in nine games and recorded two tackles for Washington.