According to Field Yates, the Commanders brought in four free agents for tryouts/visits on Saturday. 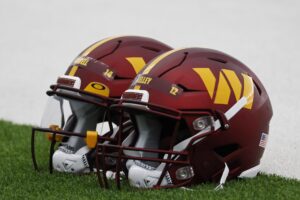 Gerry suffered an Achilles injury after seven games last year and missed the rest of the season.

The 49ers signed Gerry to a one-year contract reportedly worth $990,000 in March before waiving him last month.