According to Todd Archer, the Cowboys are elevating S Darian Thompson and TE Jeremy Sprinkle from the practice squad. 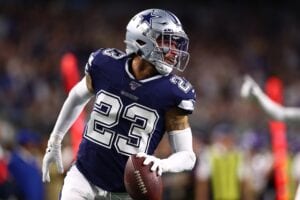 Sprinkle, 26, is a former fifth-round pick of Washington back in 2017. He played out the final year of his four-year, $2.7 million contract with Washington.

Sprinkle had been testing the free-agent market as an unrestricted free agent for the first time in his NFL career when he signed a one-year deal with the Cowboys in April. He re-signed to the practice squad after being waived in August.

For his career, Sprinkle has appeared in 59 games for Washington and caught 34 passes for 301 yards receiving and touchdowns over the course of four seasons.