According to Field Yates, Cowboys LB Micah Parsons has entered the league’s COVID-19 protocol and will be placed on the reserve list. 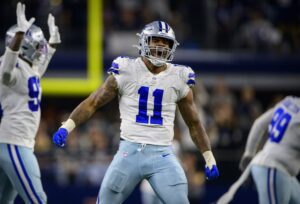 Parsons, 22, was a one-year starter at Penn State and a consensus All-American as a sophomore. He opted out of the 2020 season due to the pandemic. The Cowboys drafted Parsons with the No. 12 overall pick in the 2021 NFL Draft.