The Miami Dolphins announced Friday that they have signed 14 undrafted free agents to contracts. 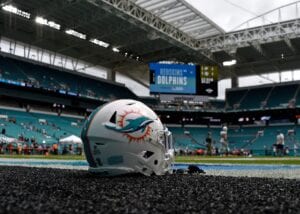 Diesch, 22, began his college career at Texas A&M before transferring to Arizona State in 2020. He was a Second Team All-Pac 12 as a redshirt senior.

For his career, Diesch appeared in 39 games, making 17 starts at left tackle.