According to Tori McElhaney, the Falcons are designated CB Isaiah Oliver to return from injured reserve. 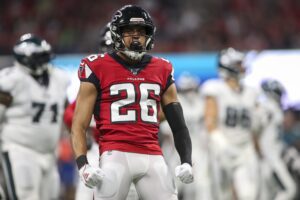 Oliver, 26, is a former second-round pick by the Falcons in the 2018 NFL Draft out of Colorado. He finished his four-year, $4,636,643 rookie contract and was testing the market as an unrestricted free agent.

He re-signed a one-year deal with the Falcons this past March.

In 2021, Oliver appeared in four games and recorded 10 tackles, one forced fumble, one fumble recovery, and three pass defenses.

We will have more news on Oliver as it becomes available.