According to Aaron Wilson, the Falcons hosted free agent RB Craig Reynolds for a visit on Tuesday. 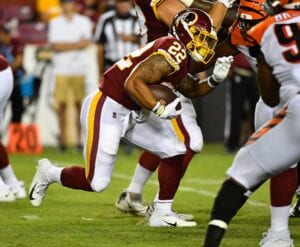 Reynolds, 24, wound up going undrafted out of Kutztown back in May of last year. He later signed a three-year, $1.755 million contract with Washington.

However, Reynolds was waived coming out of the preseason and later re-signed to Washington’s practice squad. He later joined the Falcons and returned to Atlanta on a futures contract after the season.

The Falcons elected to cut him loose earlier this month. (NFLTR)

In 2019, Reynolds was active for three games, but did not receive a carry. 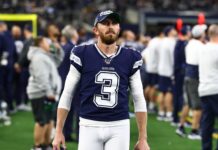