The New York Giants announced Monday that an MRI confirmed that rookie CB Rodarius Williams suffered a torn ACL in his right knee during Sunday’s game against the Cowboys. 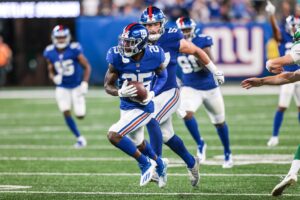 In 2021, Williams appeared in five games for the Giants and recorded one tackle.