The New York Giants placed TE Levine Toilolo on injured reserve and claimed TE Jake Hausmann off of waivers from the Lions on Saturday, according to Aaron Wilson. 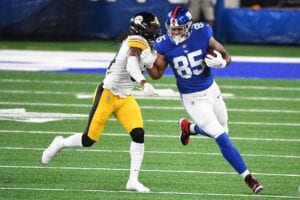 Toilolo, unfortunately, tore his Achilles earlier this week, so this move was expected.

Toilolo, 30, was drafted in the fourth round by the Falcons back in 2013. He was entering the second year of his three-year, $12 million contract that included $4.5 million guaranteed when the Falcons designated Toilolo as a post-June 1st release in 2017.

This April, the Giants and Toilolo agreed to a one-year $1.6 million restructured contract extension.

In 2020, Toilolo appeared in 16 games for the Giants, recording five catches for 46 yards.