According to Michael Rothstein, the Giants are another team on the visit schedule for former Patriots LB Brandon Copeland. 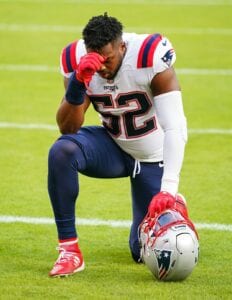 Copeland already has a visit set up with the Falcons as he explores his options for the next stop in his career.