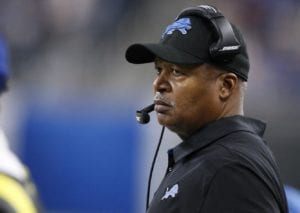 Both men’s history with developing quarterbacks and long track record of experience and success at the NFL level are appealing to Jacksonville following the disaster that this past season under Urban Meyer was, per La Canfora.

Both are out of football currently and available to interview starting this week. The NFL changed the rules to allow teams to begin interviewing coaches with two weeks remaining in the regular season.

La Canfora adds the Jaguars are also doing homework on Bills DC Leslie Frazier. They would have to request an interview with him from Buffalo.

He also adds that Jaguars GM Trent Baalke is helping with the search but it’s seen as unlikely he remains in his current role.

Pederson, 53, began his NFL coaching career with the Eagles as a quality control coach in 2009. He worked his way up to QB coach before following Andy Reid to Kansas City and becoming the Chiefs’ offensive coordinator in 2013.

The Eagles hired Pederson as head coach in 2016. They later signed him to an extension through 2022 heading into the 2018 season, only to fire him after 2020.