According to Adam Schefter, the Jets are signing OT Duane Brown to the roster on Thursday. 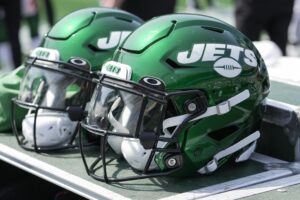 He adds it’s a two-year deal for Brown that’s worth $22 million, which is a massive payout for a 36-year-old tackle in August.

New York has been courting Brown for a little bit now and he’ll bring some much-needed experience given the loss of OT Mekhi Becton for the season.

Brown, 36, is a former first-round pick of the Texans back in 2008. He was later traded to the Seahawks in 2017 before signing a three-year, $36.5 million extension with Seattle.

Brown played out the final year of that deal and made $11 million in 2021.

In 2021, Brown started all 17 games for the Seahawks at left tackle. Pro Football Focus had him rated as the No. 37 offensive tackle out of 82 qualifying players.