According to Adam Schefter, league sources believe the 2021 salary cap will be somewhere around $180-$181 million. 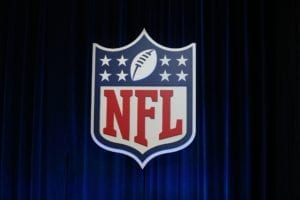 The cap won’t be officially set until next month sometime before the official start of the league year on March 17.

While this number is lower than the $185 million figure that was mentioned earlier this week, it’s still above the $175 million floor that was negotiated by the NFL and NFLPA coming into this season.

The NFL has yet to provide teams with their annual cap projection and hasn’t committed to how they would spread out the impact of the multibillion-dollar revenue shortfall in 2020 over the next few years. They have begun negotiations with the NFLPA on where to set the cap and how to borrow revenue losses from future seasons.

One factor that could help is the upcoming new media deals that are expected to be extraordinarily lucrative. The NFL also has the right to expand to a 17-game regular season, but a new media contract would have to be finalized before the NFL officially adds the 17th game to the regular season in 2021.

Chiefs owner Clark Hunt said earlier in the week that teams may not have a final salary cap figure until “hours before the start of the league year” March 17.