James Kratch of NJ.com takes a look at some earlier head-coaching candidates for the Giants now that they’ve made the decision to fire Ben McAdoo.

According to Kratch, some names to monitor in the coming weeks for New York include: 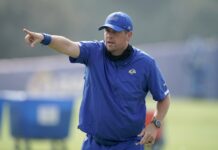