The Eagles made only one veteran addition at linebacker this offseason, signing former Chargers LB Jatavis Brown to compete for a role on what is easily Philadelphia’s weakest position going into the season. Brown wasn’t guaranteed to start or even make the roster, but the 26-year-old made the decision to retire last week before it all had a chance to play out.

“There are times when you just come to a point where maybe you just don’t have the passion, the drive,” Eagles HC Doug Pederson said via the Athletic’s Zach Berman. “It’s unfortunate because he’s a great kid. He and I had a great conversation last week. I understood where he was coming from. When your heart’s not in something, you don’t want to do the team, you don’t want to do yourself, your teammates a disservice. I respect that of him and have a lot of respect for that decision.”

The Giants secondary has been hit pretty hard this offseason and it took another blow when the team was unable to come to terms with free-agent CB Ross Cockrell, who would have provided a steady veteran presence as a starter. However, despite the apparent dire need, Giants HC Joe Judge downplayed the team’s need for a veteran corner.

“Our priority is just to develop the players we have on the roster and look for any talent available on the street,” Judge said via Pro Football Talk. “I don’t care if it’s a first-year player or a 10th-year player. We’re looking for good players who can help build this program. To answer that question pretty direct, is it a priority to have a veteran? No, it’s not.” 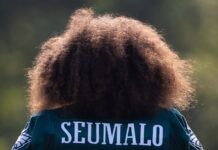