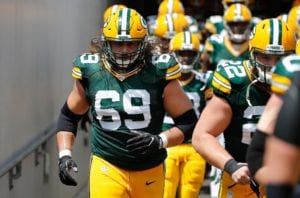 Bakhtiari can be activated from the list at any time between now and the start of the regular season.

Bakhtiari is still working his way back from a torn ACL he suffered late in the 2020 season.

Bakhtiari, 30, is a former fourth-round pick of the Packers back in 2013. He was in the final year of his five-year, $53.34 million contract that included $16 million guaranteed and set to make a base salary of $10 million for the 2020 season when he agreed to a four-year extension worth up to $105.5 million extension last year.

Bakhtiari’s original contract included a $30 million signing bonus and another $30 million-plus available in March roster bonuses in the first few years of the deal.

In 2021, Bakhtiari appeared in and started one game for the Packers at left tackle.