Tom Silverstein of PackersNews.com reports that the Packers are signing OLB Ladarius Hamilton off of the Buccaneers’ practice squad on Friday. 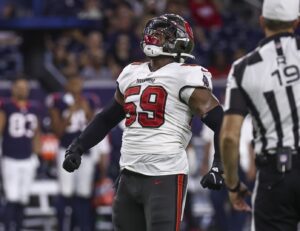 This comes shortly after the news that the Packers are placing OLB Za’Darius Smith on injured reserve with a back injury.

Hamilton, 23, originally signed on with the Cowboys as an undrafted free agent out of North Texas back in April of last year but was cut loose coming out of training camp and re-signed to the practice squad.

The Cowboys re-signed him to a futures deal in January before waiving him shortly after the draft. The Buccaneers claimed Hamilton off of waivers and later signed him to their practice squad coming out of the preseason.

During his college career, Hamilton recorded 122 tackles, 28.5 tackles for loss, 16.0 sacks, one interceptions, one forced fumble, one fumble recovery, and scored one defensive touchdown.