The Carolina Panthers announced Sunday that they’ve cut five players ahead of Tuesday’s deadline to reduce rosters down to 85 players. 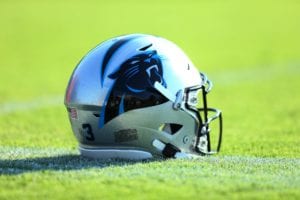 Martin, 24, was a three-year starter at Minnesota and was an Honorable Mention All-Big Ten before being selected by the Packers in the fifth round in 2020.

Martin was entering the second year of a four-year rookie deal worth $3,566,063 that included a signing bonus of $271,063 when the Packers waived him last year.

The Panthers later signed Martin to their practice squad before adding him to their active roster.

In 2021, Martin appeared in six games for the Panthers and recorded two tackles.

The Panthers just recently signed him to a contract.