Adam Schefter reports that the Panthers have received permission from the Giants to interview Thomas McGaughey for their special teams coordinator position. 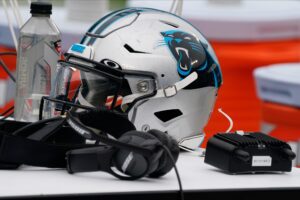 The Giants are overhauling their coaching staff and front office so it makes sense that they would allow McGaughey to meet with other teams.

McGaughey, 48, is a former NFL defensive back who played for the Bengals and Eagles in the late 1990s. He got his start in Houston as a grad assistant before leaping to the NFL as an assistant special teams coach with the Chiefs.

McGaughey had stints with the Broncos and Giants before the Jets hired him as their ST coordinator in 2014. He held the same position with the 49ers (2015) and Panthers (2016-2017) before joining the Giants again.

In 2021, the Giants special teams unit was ranked No. 11 in the league, according to Football Outsiders.