According to Joe Person, the Panthers signed K Dominik Eberle and waived S LaDarius Wiley in a corresponding move. 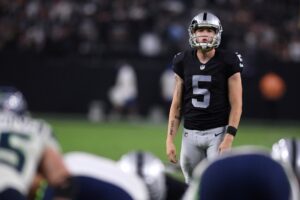 Las Vegas signed him, once again, back in August but cut him loose after a couple of weeks.