The Panthers announced they have waived QB Davis Cheek from the roster on Tuesday, per Ellis Williams. 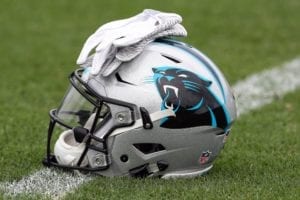 The move frees up a roster spot for new QB Baker Mayfield, as he is officially added to the 90-man roster.

Cheek was named Second Team All-ACCA in 2021 and started 40 games over the course of five seasons at Elon University. He signed with the Panthers as an undrafted free agent after the 2022 NFL Draft.

He missed the 2020-21 season due to a knee injury and finished his career at Elon with 8,548 passing yards to go with 51 touchdowns and 21 interceptions.