Doug Kyed reports that the Patriots are signing C Drake Jackson to their practice squad on Tuesday. 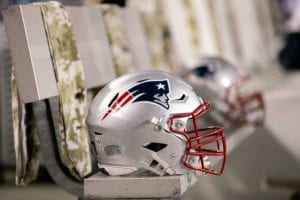 Jackson, 23, wound up going undrafted out of Kentucky this past April. He later signed a rookie contract with the Lions.

Detriot waived Jackson in August and was later claimed by the Texans. Houston cut him loose a few weeks later.

Jackson was a four-year starter at Kentucky and earned an honorable mention for All-American honors last season to go along with a second-team All-SEC selection.

During his four-year college career, Jackson appeared in 48 games and started 45 at the center position.