Tom Pelissero reports that the Raiders are releasing OL Jackson Barton after signing him to a one-year deal back in March. 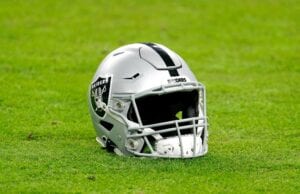 Barton, 27, was drafted by the Colts in the seventh round out of Utah in 2019. He signed a four-year, $2.6 million rookie contract but was waived coming out of the preseason. Barton signed to the Colts’ practice squad but was signed away by the Chiefs later in the season. Kansas City waived him coming out of camp in 2020 and he was claimed by the Giants.

New York re-signed Barton as an exclusive rights free agent but ended up waiving him and re-signing him to the practice squad at the start of the season. The Raiders signed him off of their practice squad before giving him a new deal in March.

In 2022, Barton appeared in two games for the Raiders.