According to Doug Kyed, the Rams claimed LB Jamir Jones off of waivers from the Steelers on Wednesday. 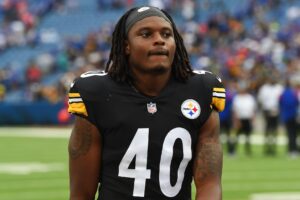 Jones, 23, originally signed on with the Texans as an undrafted free agent out of Notre Dame back in April of 2020 but was cut loose after a few months.

Jones signed with the Steelers back in April and managed to make the roster coming out of training camp but was cut loose this week.

In 2021, Jones has appeared in three games for the Steelers and recorded three total tackles.