Aaron Wilson reports that the Texans are targeting former Dolphins HC Brian Flores as their top candidate for its head coach vacancy at this time. 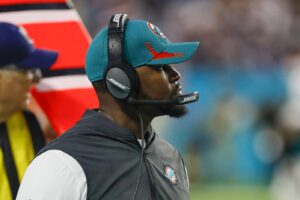 The Texans fired former HC David Culley on Thursday after undergoing a thorough evaluation of the organization.

Flores’ connection is easy to Caserio is easy to see. The Bears are also set to interview Flores.

This is the first reported interest for Houston in their initial search for a head coach.

Miami hired Flores away to be their head coach in 2019. Since joining the Dolphins, Flores has a record of 24-25 (49 percent) with no playoff appearances.