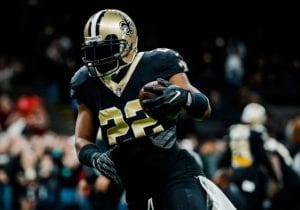 Ingram, 31, is a former first-round pick of the Saints back in 2011. He played out his rookie contract before returning to the Saints on a four-year, $16 million contract that included $7.6 million guaranteed a few years ago.

Ingram was in the second year of a three-year, $15 million deal and set to earn a base salary of $5 million in 2021 when the Ravens released him in January. From there, he signed a one-year contract with the Texans worth up to $3 million.

The Texans traded him to the Saints earlier this season. As a part of the deal, he signed a one-year extension with the Saints.

In 2021, Ingram has appeared in seven games for the Texans and five games for the Saints. He’s rushed for 527 yards on 147 carries (3.6 YPC) with two touchdowns to go along with 25 receptions on 33 targets for 154 yards receiving.