The New Orleans Saints have claimed DL R.J. McIntosh off of waivers from the Giants on Thursday, according to Field Yates. 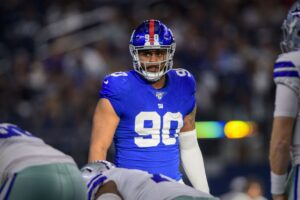 McIntosh was a healthy scratch for all 16 games last year.

In 2019, McIntosh appeared in 12 games for the Giants and recorded 13 tackles and two sacks.