According to Nick Underhill, the Saints have signed CB Brian Allen to the roster. 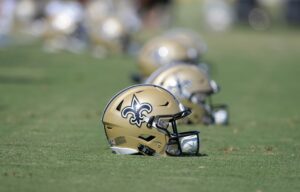 He’ll add some more depth to their training camp roster.

Allen, 28, is a former fifth-round pick of the Steelers back in 2017. He lasted just over two years in Pittsburgh before he was waived coming out of the preseason in 2019.

Cleveland re-signed Brown to a one-year deal for the 2021 season but ended up cutting him in August. He returned to the team late in the season on the practice squad for a short stint before being released again.

For his career, Allen has appeared in 19 games and recorded four tackles.