According to Doug Kyed, the Seahawks are activating WR Tyler Lockett from the COVID-19 list on Thursday. 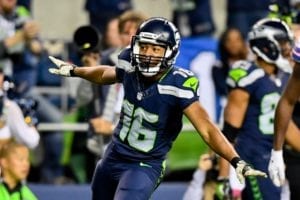 Lockett was entering the final year of that deal and set to make an $11 million base salary in 2021 when he agreed to a four-year, $69.2 million extension with the Seahawks this past March.

In 2021, Lockett has appeared in 13 games for the Seahawks and caught 62 passes for 1,023 yards receiving and five touchdowns.