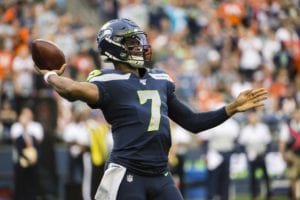 According to King County court records, Smith was arrested at 2:10 am by the Washington State Patrol and released from a King County correctional facility on his personal recognizance at 9:27 am.

Henderson adds that there is no other information available at this time.

“Geno is fully cooperative with the investigation. I hope that an open mind can be kept by all as the facts are ascertained,” Smith’s attorney Jon Fox said in a statement to ESPN.

Smith, 31, is a former second-round pick of the Jets back in 2013. He played out the final year of his four-year, $5.019 million contract before signing a one-year contract worth $2 million with the Giants in 2017.

Smith later signed a one-year deal with the Chargers for the 2018 season before joining the Seahawks in 2019. Seattle re-signed him to a new deal last year.

In 2021, Smith appeared in four games for the Seahawks and completed 68.4 percent of his passes for 702 yards, five touchdowns and one interception. He also rushed for 42 yards and a touchdown. 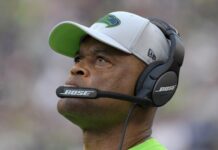 Russell Wilson Looking To Explore His Options For 2022