The Pittsburgh Steelers announced that they’ve activated DT Montravius Adams from the COVID-19 list on Friday. 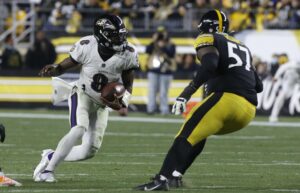 From there, Adam signed on with the Saints and has been on and off of their roster before the Steelers signed him to their active roster in recent weeks.

In 2021, Adams has appeared in seven games and recorded 11 total tackles, no tackles for loss, and two pass defenses.