The Pittsburgh Steelers announced Tuesday that they’ve signed running back Jeremy McNichols to a contract. 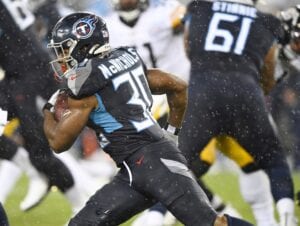 This comes just a day after the Steelers released RB Trey Edmunds.

McNichols, 26, is a former fifth-round pick of the Buccaneers back in 2017. He signed a four-year contract worth $2,663,788 with Tampa Bay but was, unfortunately, cut loose coming out of the preseason.

The Titans re-signed McNichols to a contract in 2020 and eventually was signed to the practice squad before returning to the active roster ahead of last season. He had a brief stint with the Falcons earlier this offseason.