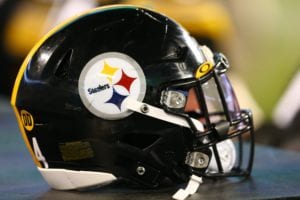 Simmons, 23, wound up going undrafted out of Georgia back in 2020. He later signed a contract with the Texans, but was waived coming out of the preseason.

Houston added Simmons to their practice squad soon after, but he lasted just a few weeks on the unit.

During his college career at Georgia, Simmons caught 35 passes for 438 yards receiving and three touchdowns. He also rushed for 220 yards and two touchdowns over the course of 26 games and four seasons.