Texans HC David Culley said that DL Ross Blacklock has returned to practice from the COVID-19 list, according to Aaron Wilson. 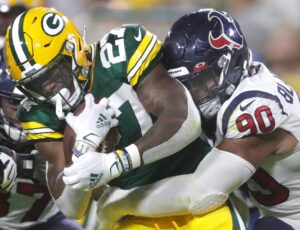 Wilson adds that Houston has signed LB Connor Strachan to their practice squad.

In 2021, Blacklock has appeared in three games and recorded five tackles, no tackles for loss, and one forced fumble.